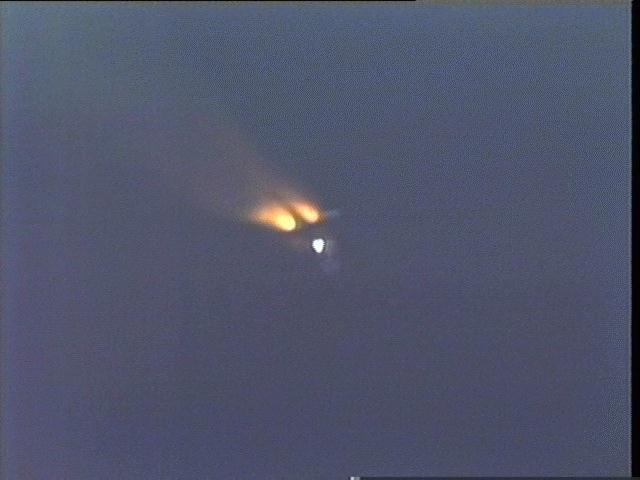 The space shuttle has just dropped of the external tank and we will open the payload bay shortly.Then we can use the TV cameras to observe the earth. Release your seat belt and float over to the open hatch area and then move up to the flight deck where we operate the TV cameras to observe the earth and it's atmosphere. Since we are now in a night cycle of the orbit we can see city lights,lightning from thunderstorms, the eatrth's air glow, stars, the moon, and the planets when we are in the right orbital position to see them.